Rarest Animals in the Globe and Where to See Them 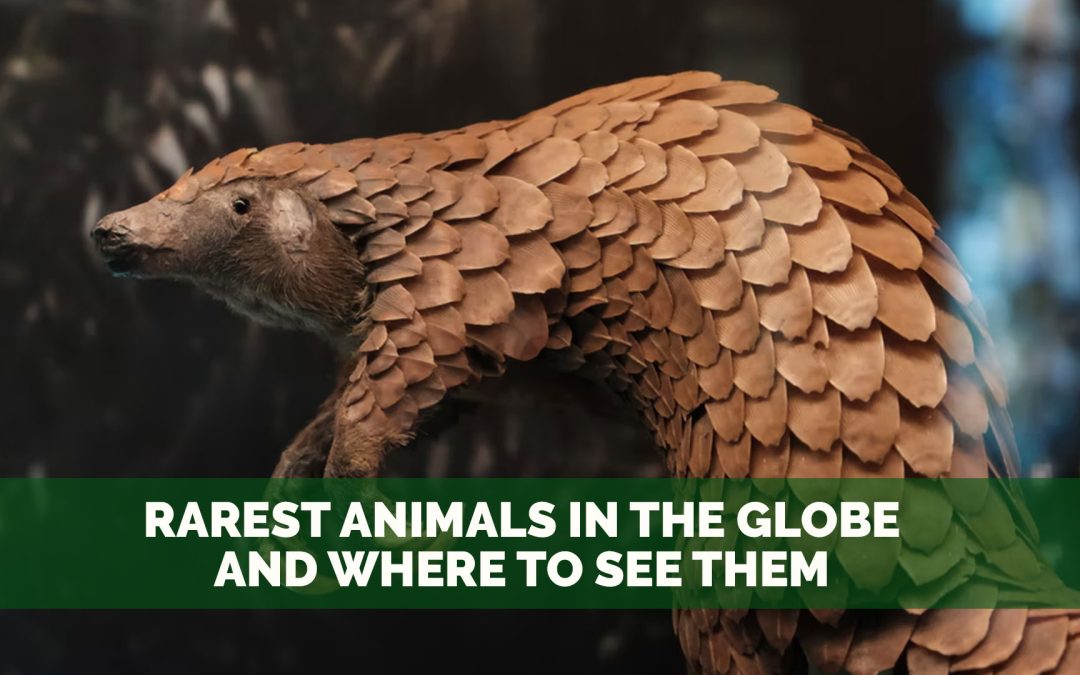 Rarest Animals in the Globe and Where to See Them

Natural habitats are slowly disappearing all over the world. Not only are the beautiful sites for which we visit vanishing, but the species that dwell within them are also being driven to extinction. That is why travelogues like Into the Wild and World of Hunting by Mike Honeycutt are great. People worldwide get a chance to glimpse and experience some species that do not exist in their area. Make sure to get a copy and encounter the most remote areas Mike Honeycutt has traveled to.

If you wish to meet some of the most unusual creatures that live and breathe on the surface of this floating rock. Here are the world’s rarest creatures, ranging from the adorable to the spectacular.

The first on the list is the Giant Squid. They also appear often on the east and west sides of the Northern Atlantic and the South Atlantic along Africa’s southern coast. Living up to their name, scientists believe the largest giant squid ever recorded was about 43 feet long and weighed nearly a ton. You’d think such a massive animal wouldn’t be challenging to overlook. However, because the ocean is vast and gigantic squid resides deep beneath the surface, they remain elusive and rarely seen: much of what we know comes from corpses that drifted to the surface and were discovered by fishermen.

The body of a giant squid appears to be relatively simple: it has two eyes, a beak, eight arms, two feeding tentacles, and a funnel, much like other squids and octopuses. But imagine it even larger.

Pangolins Situated in the Grounds of Asia and Africa

Despite their ubiquity worldwide, finding Pangolins might be difficult due to their dwindling number. All of them are distinct in terms of coloration, size, and habitat, yet all eight species share many qualities and are in desperate need of anti-poaching assistance. Pangolins are solitary animals that are primarily nocturnal (active at night) and exceedingly secretive, making it difficult for scientists to study them in the wild. Many mysteries surround their behavior and habits today since the many varieties are highly distinct in their traits and behaviors.

Although it might be tempting to hold pangolins as they appear unreal. But you should know a couple of things that they can be sensitive to. The smell is one of their robust characteristics. However, they can be as ferocious as their bipedal waddle suggests. It is toothless and alone, and its defense technique is to curl up into a ball and wait for the threat to pass.

Pink River Dolphin Plunging in the Freshwater of Amazon River

It can be located in the Amazon and Orinoco river basins of Bolivia, Brazil, Colombia, Ecuador, Guyana, Peru, and Venezuela. Nevertheless, it is classed as vulnerable in certain locations due to dams that separate and endanger particular populations and other risks such as river and lake pollution. The Amazon pink river dolphin is the biggest and most intelligent out of the five freshwater species. They also have extraordinarily giant brains, having 40% greater brain capacity than humans. While they are considered to be timid creatures, they are enthrallingly drawn to people, curiously interacting with local youngsters without displaying hostile tendencies.

Sumatran Rhino Roaming in the Forests of Asia and Africa

Growing consumer demand for rhino horns has resulted in an unsustainable surge in poaching throughout Africa and Asia. Invasive species, road building, and agricultural expansion are all destroying or degrading Sumatran rhino habitat. Sumatran rhinoceroses are the smallest extant rhinoceroses and the only Asian rhinoceroses with two horns. They have long hair and are more closely connected to extinct woolly rhinos than any other rhino species living today.

Rhino horn is formed of keratin, the same protein that makes up human hair and nails. The Javan and more giant one-horned rhinos have only one horn, whereas all rhino species have two. Their horns grow continually throughout their lives — the white rhino’s horn may grow 7cm every year, with a record length of 150cm!